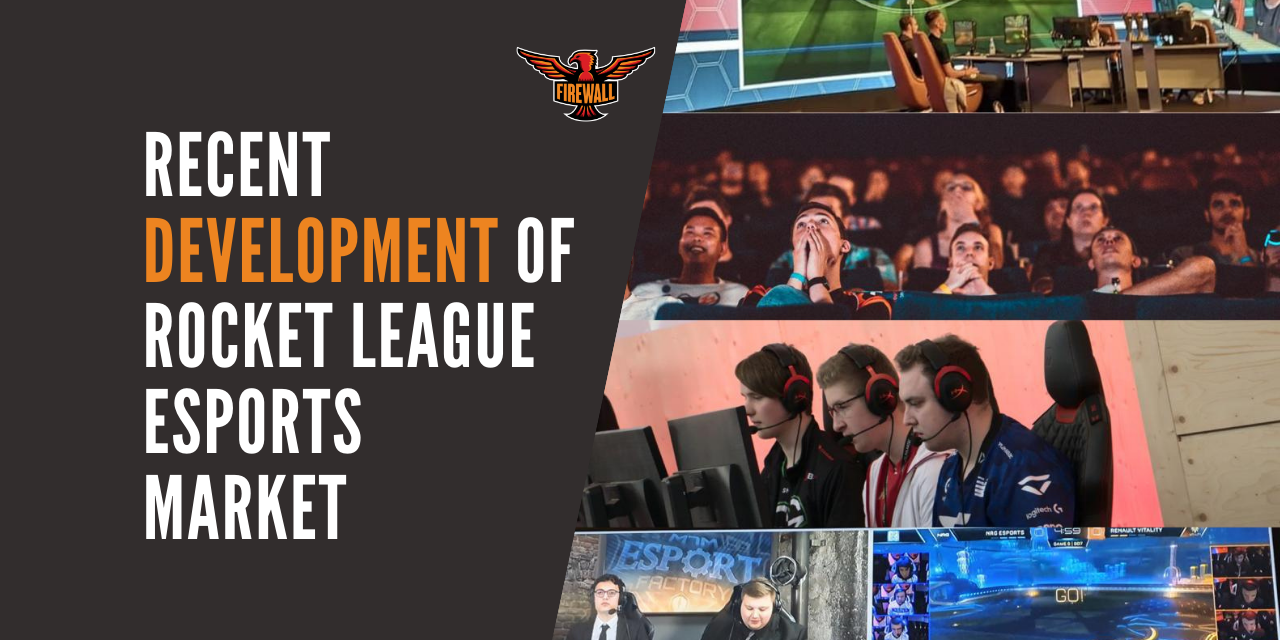 The past two years have been the best for the game so far. The Rocket League esports market is growing steadily over the past years, sometimes even outperforming the rise of the esports market.

In the past few years, Team Firewall has joined the team behind the Rising Stars circuit for the European Rocket League community. Team Firewall is also the organiser of the AMD Masters series. The AMD Masters 2020 Winter LAN event has attracted over 17,000 esport fans on Twitch and hundreds of viewers on location, making it the largest scale Rocket League esport event for the German speaking DACH market to date. Internationally Team FireWall is producing ‘the grid’ Rocket League streams for Team Singularity followed by thousands of SNG fans.

The amount of Rocket League viewers watching the game on Twitch is increasing over time.

The large spikes in viewership are caused by Major tournaments. Most of them being held by Psyonix themselves for their Rocket League World Championship Series. Previous events can be viewed on the official Rocket League Twitch channel where the RLCS X North American Regional stream has accumulated over 1 million views.

Rocket League recently hit 1.3 million concurrent players in 2020 which is a tremendous achievement for Psyonix.

The player count for the game has been increasing a lot over the past two years and while numbers are not available for every platform, we can get a glimpse of this increase thanks to the steam API.

Some analysis of console numbers in September 2020 state that Xbox One and PS4 combined have 15.5 million players that month. The vast majority of players being those who already owned the game. Epic Games made Rocket League much more accessible in 2020 by turning it into a free-to-play game.

In March 2019, Epic Games bought developer Psyonix and Rocket League. The acquisition brought a lot of changes to the game with mixed responses from players. Cross-platform progression was added to the game, the in-game shop was redesigned to look more like the Fortnite shop, the Rocket league ranking system has been updated, and more.

The Rocket League Championship Series (RLCS) Season 9 was cancelled due to the Covid-19 pandemic and the winners of each regional tournament were declared the winners of the season instead. However, this doesn’t seem to have hurt the game or the esports scene that badly. Due to major sports events being cancelled, many sports channels have been airing esports instead. BBC Sport, ESPN and Sport1 are streaming the Rocket League Championship Series X this year.

In the 5 years that Rocket League has been around, gamers have completed 5 billion matches with over 29 billion goals scored. Psyonix released some details in 2020 revealing that the game has over 75 million players across all platforms. Despite the Covid-19 pandemic still ongoing, sponsors are getting involved with Rocket League esports. Psyonix and Ford announced a collaboration this year where a Ford F-150 will be introduced into the game. Verizon is sponsoring Major tournaments, and more brand involevents are to be expected. 2021 will be a great year moving forwards for the game.

The popularity of Rocket League is still rising and we can expect a good future for the hit game.

Marc is a video game enthusiast since he got his Gameboy Advance when he was a Kid. He operates TheGlobalGaming at the moment and writes a lot about the games he likes and plays such as Rocket League.